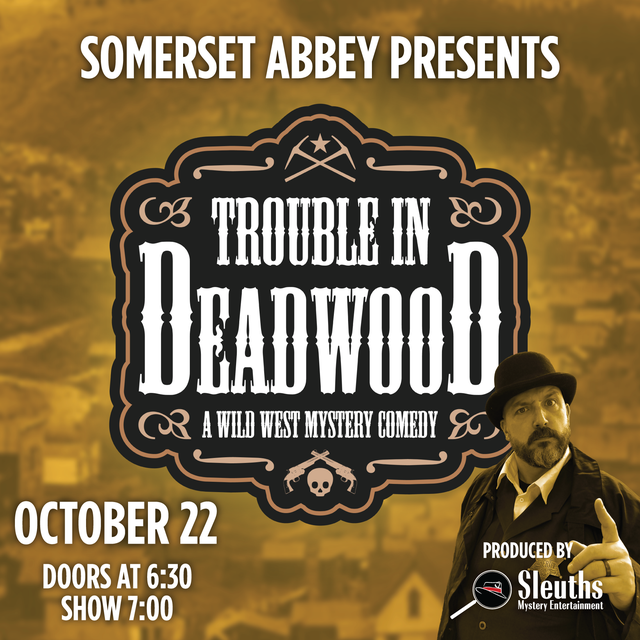 There's a mystery in them thar hills. It’s Deadwood, 1876, and Boss Butler wants control of the town. When he makes his move, the town pushes back. Was it Sawbones the Snake Oil Salesman, the wild woman of a tracker, “Catastrophe” Jones, the outlaw gunslinger Black Bart, or was it “Hawkeye Hayes” Dawson herself? See the show, play the game, laugh along and solve the crime to find out who caused the Trouble in Deadwood.

Dinner and a Show: Dinner includes Biscuits with garlic butter, salad, entrée of your choice and dessert. Entrée choices are: Prime rib with twice baked potato and buttered corn., Pork ribs, mac and cheese and buttered corn and a vegetarian Chili con carne (The corn is in the Chili).

Sold out
Add to Cart