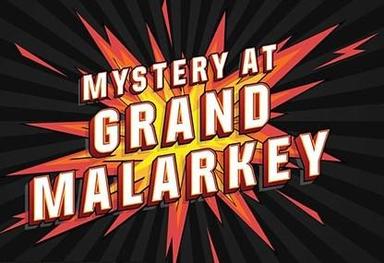 Grand Malarkey is the funniest improv troupe in town and owner Artie Close worked hard to make it that way. Deals were cut, favors were called in, and mistakes were made – mistakes that could get someone killed.

If you like “Whose Line is it Anyway” you’ll love the interactive mystery comedy of Mystery at Grand Malarkey.

Mystery at Grand Malarkey is a full comedy event that features an in-depth mystery with prizes, in-character audience interaction to help you solve the crime, a live improv comedy show, and a full dinner.

Tickets include dinner and show. Drinks and gratuity are not included.

Reservation tickets will be held in will call until the night of the show.